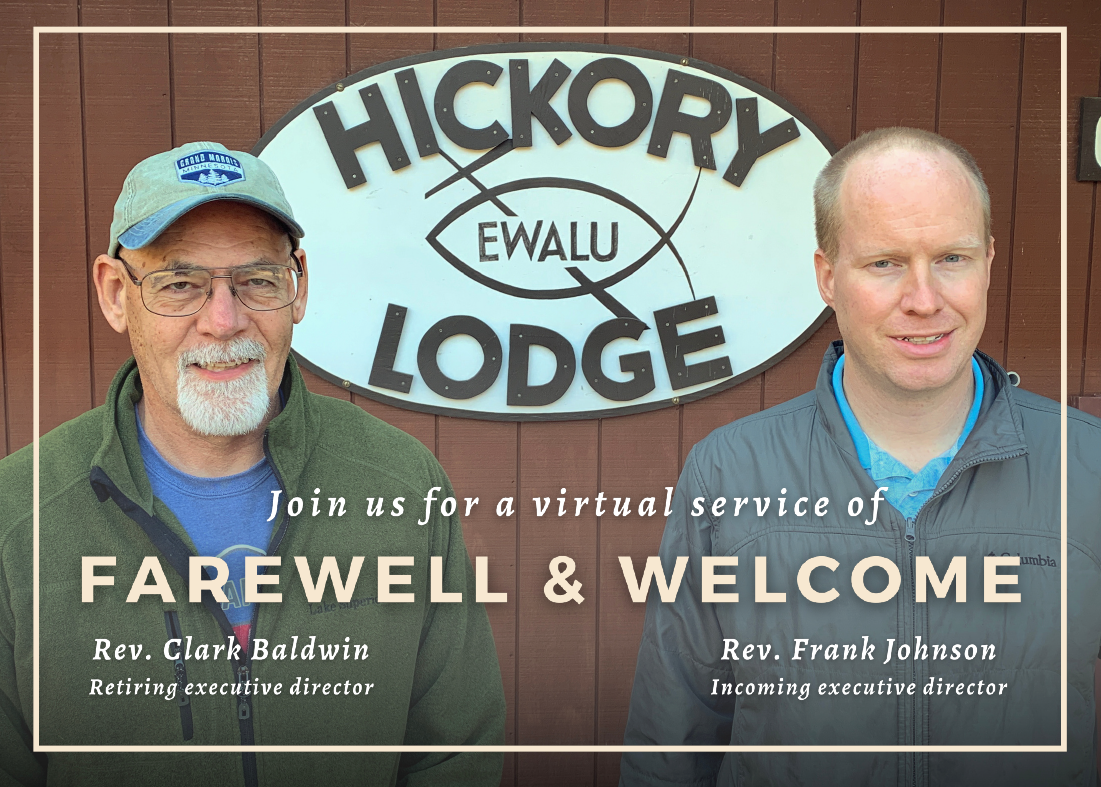 Due to the pandemic, this will be a virtual-only program that can be watched on Ewalu’s Facebook page. The video will be saved to view anytime after Jan. 22 if you can’t watch it live. 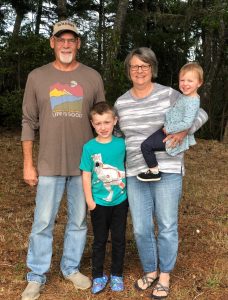 After nine years guiding Camp Ewalu through growth and into a strong financial position, Clark is retiring to spend more time with family, including grandchildren in Minnesota and Oregon.

Clark and his wife, Shiloy, who has worked as Ewalu’s bookkeeper, are relocating to Rochester, Minn., to be closer to family. Before pursuing his passion for ministry and coming to Ewalu in 2012, Clark had worked 30 years in the banking and manufacturing industries.

Clark’s leadership has been a blessing to the camp. Ewalu’s long-term debt is scheduled to be paid off in 2021 thanks to Clark’s financial background and work developing donors and church relationships.

In addition to leading the ministry at Ewalu, he has served One in Faith Parish, which serves four Lutheran churches in rural northeast Iowa, since 2016 and was ordained in 2020 in the Evangelical Lutheran Church of American (ELCA). 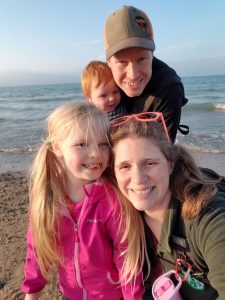 Most recently the executive director of Red Willow Ministries in eastern North Dakota, Frank also served several years in parish ministry in northern Minnesota. He and his wife, Kate, have two children, Natalie and Elias, and are expecting a baby boy in February.

“We are excited to be part of the community of Strawberry Point and the wide cloud of supporters who love Ewalu — to live in the driftless, for trout streams and small communities, dirt trails and canoeing, coffee shops, art, and music, and the opportunity to be part of camping ministry in Northeast Iowa,” says Frank, who began as Ewalu’s sixth executive director in December 2021.

Ewalu celebrated its 60-year anniversary and hosted an all-camp reunion this summer. The groundwork has been laid for a capital campaign for improvements to Cedar Lodge, the camp’s largest building, which will launch in 2022.