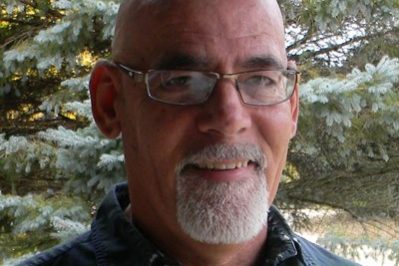 After nine years guiding Camp Ewalu through growth and into a strong financial position, Executive Director the Rev. Clark Baldwin has announced that he will retire in March 2022 to spend more time with family, including grandchildren in Minnesota and Oregon.

Clark and his wife, Shiloy, who works as Ewalu’s bookkeeper, plan to relocate to Rochester, Minn., to be closer to family. Before pursuing his passion for ministry and coming to Ewalu in 2012, Clark had worked 30 years in the banking and manufacturing industries.

Clark’s leadership has been a blessing to the camp. In 2020 the Board of Directors was able to commit to paying the summer staff and offer summer programming amidst lower camper and retreat numbers due to the pandemic, when many camps decided not to offer summer camp programs at all. Ewalu’s long-term debt is scheduled to be paid off in 2021 thanks to Clark’s financial background and work developing donors and church relationships.

“Clark’s leadership and guidance have shown in many ways throughout camp and in the lives he has touched. We thank him for that. He has expanded EWALU’s ministry and guided camp through unexpected challenges,” said Shawn Livingston, president of the Board of Directors. “He has always led with faith and compassion. We wish him and Shiloy all the best as they begin this new adventure.”

With the groundwork already laid to launch a capital campaign in the coming year, Clark and the Board of Directors believe the timing is ripe for the next executive director to take the reins and guide the ministry into the future.

In its next meeting in May, the board will begin exploring the process to search for the future executive director. The ministry will celebrate its 60-year anniversary with an all-camp reunion over Labor Day weekend.

While serving as executive director, Clark completed the Theological Education for Emerging Ministries (TEEM) certificate program through Wartburg Theological Seminary. In addition to leading the ministry at Ewalu, he has served One in Faith Parish, which serves four Lutheran churches in rural northeast Iowa, since 2016 and was ordained in 2020 in the Evangelical Lutheran Church of American (ELCA).

While we are saddened at the conclusion of this chapter in Ewalu’s history, we look forward to a year of continued ministry, further growth and celebration of all the blessings God has showered on the camp and all who are served here.

Growing Up at Camp Ewalu
February 1, 2020
Contact Us
Recent Articles
Go to Top