Ewalu is Growing Seeds For Hope! 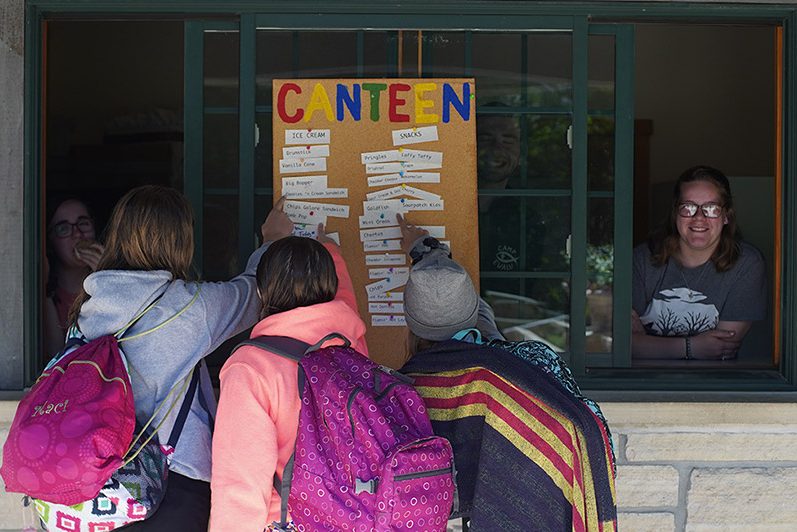 Did you know?
…that Ewalu grows corn and beans to aid farmers in developing countries?
…that Ewalu campers often sacrifice a candy bar to help a child to attend school?
…that a contribution of 55 ($1.00) treats makes it possible for a hungry person to become food-secure for LIFE?

The “Seeds of Hope” growing project was started in 2004 after executive director, Dale Goodman attended a Rural Ministry workshop. Dale gathered several area farmers and other interested people to consider donating the use of 11 tillable acres of land at the south end of camp Ewalu. By planting time that year, seed, fertilizer, diesel power and labor were secured to establish the first crop of corn. Each week camper groups hike to the field to hear the story of how this crop will be harvested and marketed. Ewalu campers participate directly by sacrificing a treat or two at the canteen and contributing that money to the growing project instead.

Yearly crop proceeds and cash contributions are sent to Growing Hope Globally (GHG), a consortium of faith-based organizations (like Lutheran World Relief, Catholic Relief Services, Methodist Committee on Relief, and approximately 15 other organizations) which already have “boots on the ground” with projects in many developing countries. GHG acts as a clearinghouse to fund projects supported by these organizations. Most of the projects involve helping farmers (many women) to make water more accessible, obtain title to land they have been farming for years, learn to grow a variety of crops instead of just one and to grow some crops in plastic greenhouses. Some projects involve the establishment of a community “bank” in which extra cash earned by farmers can be deposited and loaned to others who wish to join the project. There are no food handouts; no grain or other goods are shipped. Funding goes directly to projects which help farmers become self-sufficient.

Over the past 15 years, “Seeds of Hope” (now named “Seeds For Hope” for incorporation purposes) has partnered with the following churches: St. Sebald Lutheran, St. Mary Catholic, United Methodist and Mission in Christ in Strawberry Point; First Lutheran, St. Mary Catholic and Our Saviors Lutheran in Manchester; St. Patrick’s Catholic and Peace Lutheran in Ryan. Presently crops (corn/beans) are raised on 92.8 acres in these three communities. GHG estimates that over 2,000,000 persons have been made food-secure by these programs since 1999.

Presently GHG guides 169 United States growing projects (like Seeds For Hope). This year Seeds For Hope is supporting GHG projects in West Africa, Peru, Myanmar, and Nicaragua. Since its beginning in 2004, Seeds For Hope has contributed over $593,000 to projects around the world! (that’s about 10,700 lives changed) If you would like more information about starting a growing project in your area please contact Harry or Elle Blobaum. (hblobaum@gmail.com)