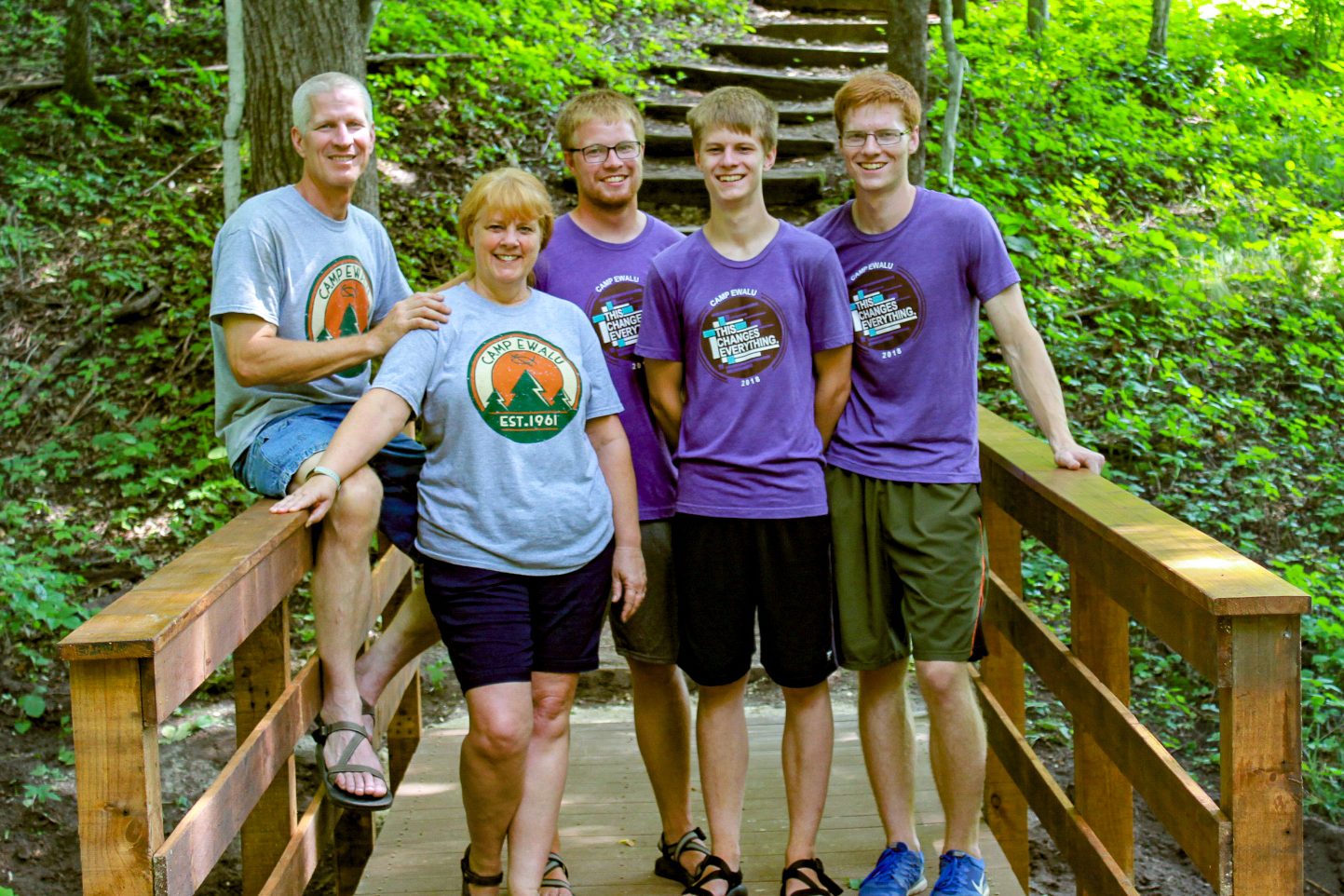 For me, all of life centers on doing just that in relationships . . . with God and with each other. And at camp, relationships are front and center.

After being a camper through the late 1970s and a counselor for three years in the 1980s, Ewalu made an indelible mark on my life and my faith development. But then the years post-college and moving out of state kept me from returning to Ewalu. Fast-forward to September 2001. Ewalu held a celebration for its fortieth anniversary and invited staff alumni and their families to return, to camp, to reacquaint, to celebrate relationships. So I brought my husband Ron and our three sons, Max, Will, and Hal, ages 7, 5, and 1, for that weekend, introduced them for the first time to this place and people who meant so much to me, and watched them become attached the way so many do after spending time at Ewalu. We returned often, and the boys starting attending summer camp when they became mini-camper age.

Over the next 17 years, all five of us experienced a strengthening of that connection through our love for the place, the people we met, and through a common experience as a family. Attending camp every summer led the boys to participate in the Leadership Training Program. Each became a counselor after graduating from high school. This year, Hal’s first on summer staff, was Max’s sixth summer and Will’s fourth. The opportunity to work on staff all together was an unexpected blessing. I have watched their faith grow through both challenges and mountain-top experiences. They’ve all changed . . . for the better . . . and drawn Ron and me along with them in that growth for service and relationship.

This past summer, Will, an engineering student at Wartburg, was invited by Paul Frantsen, Ewalu’s property manager, to design and build an actual bridge to replace the aging one on the path over the ravine near the Walnut cabins. So he drew plans, purchased materials with a gift given for that purpose, and, with the help of several others on staff as well as his dad, built the bridge (pictured above).

Will and Paul both hope that this bridge might also be used as a place for Bible studies as another way that Ewalu helps connect the word of God with the world of God.
It’s a good solid bridge, meant to stand through all sorts of conditions nature will throw at it. For me, it also provides a metaphor of the faith that God has built and nurtured in these sons of mine through their connection to this place, meant to carry on through all that lies ahead for them and for every one of God’s children who experiences the community and relationships that are Ewalu. 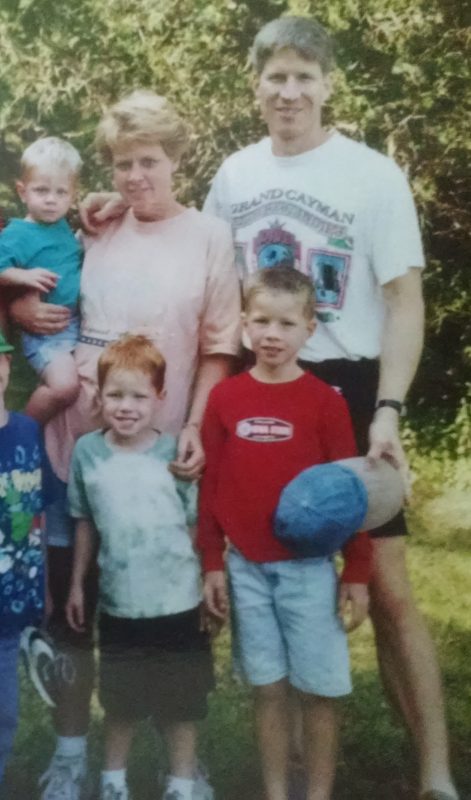