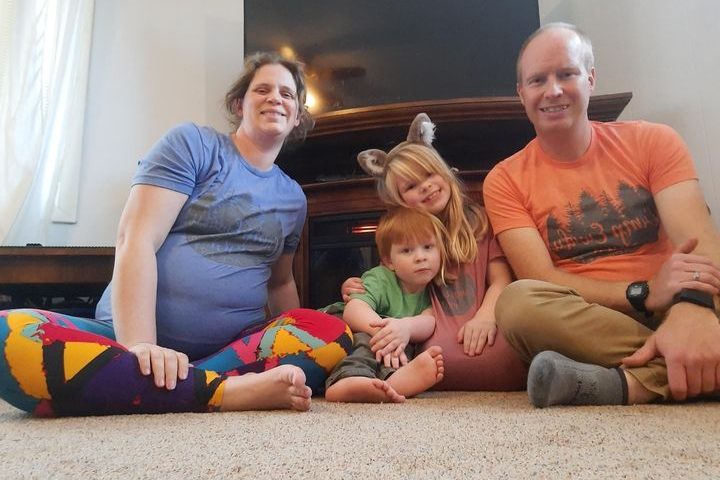 STRAWBERRY POINT, IA — Ewalu Camp & Retreat Center has selected the Rev. Frank Johnson as the organization’s new executive director. Johnson will take over leadership on Dec. 20 of the Lutheran-affiliated ministry, which is transitioning from the retirement of the Rev. Clark Baldwin, who has led the camp and retreat center since 2012.

Johnson, most recently the executive director of Red Willow Ministries in eastern North Dakota, also served several years in parish ministry in northern Minnesota. He and his wife, Kate, have two children, Natalie and Elias, and are expecting a baby boy in February.

“We are excited to be part of the community of Strawberry Point and the wide cloud of supporters who love Ewalu — to live in the driftless, for trout streams and small communities, dirt trails and canoeing, coffee shops, art, and music, and the opportunity to be part of camping ministry in Northeast Iowa,” said Johnson.

A committee of Board of Directors members and Ewalu supporters reviewed candidates, conducted interviews and selected Johnson. “Serving on Ewalu’s transition team was a spirit-filled experience as we searched for the next executive director,” said the Rev. Mark Pries of Iowa City. “When I learned Frank Johnson is the next executive director of Ewalu, a peace settled over me: All will be well with the people and spaces of my beloved Ewalu for years to come.”

Ewalu celebrated its 60-year anniversary and hosted an all-camp reunion this summer. The groundwork has been laid for a capital campaign for improvements to Cedar Lodge, the camp’s largest building, which will launch in 2022.

“We have had a tradition of great leadership at Ewalu, Clark Baldwin being the latest,” said Board of Directors President Shawn Livingston of Iowa City. “We look forward to Frank continuing that tradition. He is excited to go out and meet our loyal constituents as he continues to move forward the capital campaign for Cedar Lodge. Frank understands the importance of 60 years of camp at Ewalu and the relationships that have been created in that time.”

A virtual service celebrating Baldwin’s retirement and welcoming Johnson to his new role will be held Saturday, Jan. 22, at 2 p.m. on the camp’s Facebook page, www.facebook.com/EwaluBibleCamp. The video will be available to view anytime after the event.

Camp Ewalu is a year-round ministry that serves more than 200 Lutheran congregations in eastern Iowa with more than 1,000 youth participating in its summer programs and nearly 1,000 more through Day Camp evangelism programs. The camp also serves 1,500 environmental education students and nearly 6,500 additional youth and adults who come to renew and grow in their faith.

The camp’s mission is to serve all people as a place to connect the Word of God with the world of God, with its main site and office located just west of Strawberry Point and the Stone Center retreat space just north of Strawberry Point. Learn more at www.ewalu.org.