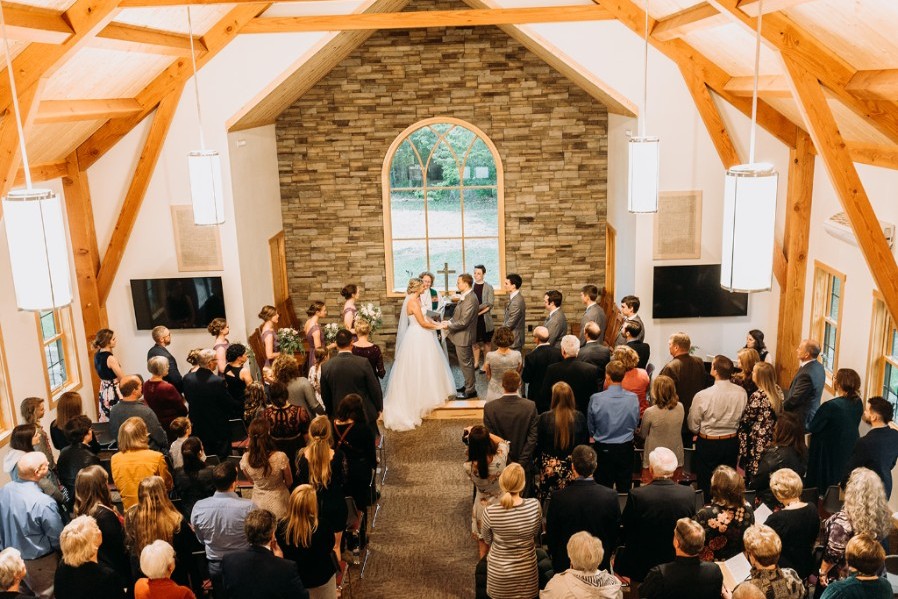 Caleb and Callie first met at camp in the summer of 2014, and though nothing immediately came of it, Caleb definitely thought Callie was pretty cute. Over the course of the next two years, their friendship grew, but during the summer of 2016 their relationship changed. That summer, both Caleb and Callie found themselves living in the Trailroom; Caleb was working as the LT coordinator, and Callie as the Trailblazer coordinator. The two started spending more and more time together, and over the course of the summer, fell in love, though the official date slips both of their minds.

At the end of the summer, Callie and Caleb headed back to their respective colleges to finish up their senior year. Though it was tough, the many trips Caleb and Callie made back and fourth to Pella and to Waverly were worth it. After graduating, Callie moved to Cedar Falls, while Caleb stayed in Waverly. The couple was thankful to finally be such a short drive apart.

On December 9, 2019, Caleb surprised Callie by taking her to the fish hatchery in Manchester, where the two had their first date. Before Callie could realize where they were, Caleb was down on one knee and asking her to spend the rest of her life with him. With a lot of laughter, Callie agreed. Caleb and Callie then spent the rest of the afternoon hiking around Camp Ewalu, a place that meant so much to them individually and together. It was then that newly engaged couple planned to get married in the new chapel at Ewalu.

Ewalu has been important to Caleb and his family for generations. Not only did Caleb and Callie meet and fall in love at camp, but Caleb’s parents did as well. Caleb’s father, Mark Davidson, grew up at EWALU with his father, Dave Davidson, as the camp director. Dave and his wife, Barb, have a tree planted in their memory near Central Plains. Each of Caleb’s siblings also went to and worked at Camp Ewalu.

Caleb and Callie said, “I do,” on September 29, 2018. The chapel and the landscape were beautiful. Their wedding was officiated by Pastor Karla Wildberger, who had been the camp chaplain while Caleb and Callie were at camp. The relationship Caleb and Callie had with Karla made the ceremony that much more special. The intimate setting of the chapel made for a cozy and supportive setting for such a special event. If you look out on the Creation Center patio, you will be able to find a brick marking Caleb and Callie’s wedding day. Everyone agreed that Ewalu was the perfect place for the couple to get married. Having their ceremony at Camp Ewalu added another layer of significance on top of Caleb’s family history and Callie’s love story. Ewalu is such an important place to the Davidson family, and Callie is so happy to have joined it.